A Conservation Program for the Peyote Cactus (Lophophora williamsii)

Several compounding factors are simultaneously increasing pressure on the already limited existing peyote populations in southern Texas. The most critical factor endangering the species has been land development and subsequent habitat loss as rapid conversion of Chihuahuan Desert for livestock production, agriculture, and commercial and residential development takes place. This diminishing of desert habitat has in turn negatively impacted the likelihood that the authorized commercial harvesting of peyote for Native American Church religious ceremonies can continue without an extinction crisis developing within the next decade. The goal of this article is to briefly address the factors involved in this conservation crisis and the potential methods for alleviating it.

Habitat loss and the destruction of "thornbrush corridors" has become a major challenge for numerous plant and animal species.

Viewed from above the South Texas landscape resembles a quilt patchwork of alternating thornscrub parcels and "cleared" land. Areas cleared of Acacia and Mesquite species are largely incapable of regenerating cacti and other plant seedlings which require the sheltering "nurse plant" effect of which these native trees function. The result of this large scale clearing is to, in effect, to create islands of original desert flora seperated by large areas favoring the growth of oportunistic pioneer species. The effect is similar to the clear-cutting of an old growth forest which might take several generations to reestablish itself into a version of its original makeup and species diversity.

The peyote cactus is particularly sensitive to the loss of suitable habitat, as it can easily take 10 to 20 years to grow from a seedling to mature, harvestable size, which would also be capable of seeding the next generation of plants.

A cactus species which is very similar to peyote in appearance and habitat requirements, the Star Cactus, (Astrophytum asterias), is federally listed as an endangered species and its disturbance and commercial trade is severely restricted. In contrast the commercial trade of peyote is regulated by federal and state controlled substances regulations and is legally harvested from threatened areas in large quantities, with no plan for the continuation of the species. Texas Department of Public Safety records indicate sales ranging from nearly one million to upwards of, or more than two million plants annually. Due to a lack of "best practices" harvesting methods, these harvested plants likely did not produce sufficient progeny to maintain populations on the land from which they were culled.

Establishing a protocol for sustainable harvesting of the limited peyote populations which still exist is a necessary measure with an extremely urgent timeline.

Education outreach and conservation advocacy with private landowners is one means of furthering the effort to preserve natural populations, but is limited in practicality due to a lack of cultural and economic incentive for the land owner. In addition, promoting the modification of methods used by licensed peyote harvesters (to promote the "cherry-picking" of sufficiently mature peyote plants) is an important aspect of any sustainable harvest program. However, as in the case of the private landowner, without an economic incentive, licensed peyote harvesters are left to their own prerogatives in deciding whether or not income producing specimens are left to grow and continue their natural reproduction cycle.

The need for non-governmental conservatory organizations to implement broad protective measures and programs for endangered habitat in South Texas is also a necessary aspect of the larger conservation issues affecting various threatened and endangered species endemic to the Chihuahan Desert of South Texas.

It is a growing consensus among members and officials of The Native American Church and other religious organizations, licensed peyote dealers, and conservation scientists and researchers that a crisis point has been reached both in terms of the amount of peyote currently available and the lack of prospect for future harvestable populations. Without a focused purpose in conserving the peyote which still exists, there is no forseeable source of future supply for the next generation of worshippers who rely on the procurement of their sacrament from the Texas peyoteros. It is not an overly dramatic statement to suggest that compounding economic, regulatory, and environmental factors are potentially extinguishing not just a plant species, but a spiritual tradition which has itself been upheld by numerous courts and acts of congress.

With limited political clout and strict rules regarding the use, possession, purchase, and cultivation of peyote, the people who hold this plant in high regard have had limited means of safeguarding the future of their medicine. It is for this purpose that Morning Star Conservancy was established. MSC addresses the need for non-political, multi-cultural, and non-denominational advocacy for the unique and often misunderstood peyote cactus. With respect for many past generations who maintained a sacred relationship with this plant, our goal is to protect it for future generations to come.

The mission of MSC is to educate and conserve. The production of a documentary film has been initiated and will serve as an informational guide to the status of the species and the need for further research, conservation, and potential regulatory amendments, which would promote the preservation of the species.

In the world of endangered species research, it is considered difficult to impossible to save an organism from extinction without in situ (on-site) conservation. Ex situ (off-site) methods only provide for limited potential preservation of any species as exemplified in the cases of the white rhino and panda. Preservation of the species indigenous habitat is essential for its non-extinction. Therefore, along with education, a primary goal of MSC is the acquisition of native peyote habitat to serve as a working conservatory, research facility, and dedicated educational resource. Once established, MSC will work with experts in facilitating sustainable harvest protocols and ongoing data collection which will serve as a basis to guide more expanded and finely targeted future conservation efforts.

Thanks to the ongoing research of several organizations and individuals such as The Cactus Conservation Institute of Alpine, TX, we have a certain amount of knowledge from which the specific sustainable harvest practices can begin to be developed and implemented. None of this can be feasibly accomplished without the appropriate dedicated land base.

Therefore at this critical historical juncture, we invite you to support to this important project. 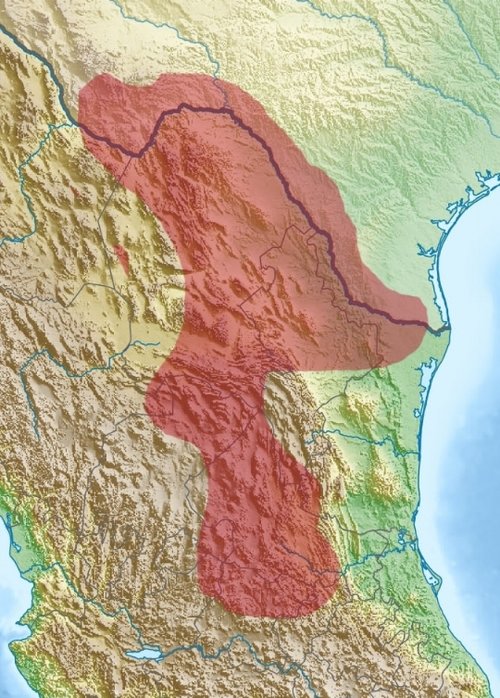 The Peyote Gardens is the affectionate name given to the only native habitat for Lophophora williamsii (Peyote) within the the United States of America. Peyote is unique in that it is only native to a single region within our entire planet. From the tip of San Luis Potosi, Mexico through to the southern region of Texas.