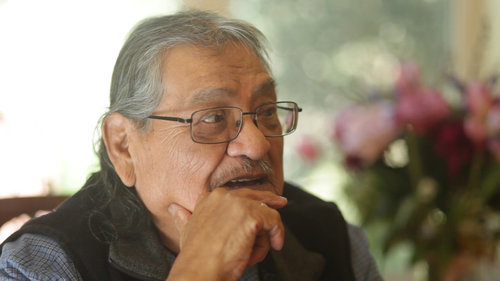 Randolph Thompson Jr. was born on the Navajo reservation near Shiprock in New Mexico. From the beginning of his life, he was chosen to learn and carry traditional Navajo ways because he listened and had a willing aptitude. His grandparents raised him and taught him the ceremonies and songs of his ancestors. Eventually he became an NAC roadman, being given a fireplace from his grandfather. He was also given a Comanche fireplace from the Eastern Shoshone tribe of Wyoming. He has been making pilgrimages to the peyote in the state of Texas since he was a small child and has witnessed all the changes affecting the peyote over the years. He frequently gives talks on his culture at universities and societies. He is sought after from people all over the nation, including the United Nations, as well as Canada and many other countries.